TYVY là đối tác chính thức của ELSA.​
How this Vietnamese entrepreneur won Google’s backing for her A.I. app
Source: CNBC make it
​
Finding a co-founder
Still, with no AI or machine learning experience of her own, Van knew she had her work cut out making her vision a reality. Having quit her consulting job, she spent the next six months searching for a technical co-founder, speaking to “basically every AI voice recognition expert in the Bay area” to gauge their interest and gain their insights.
​“My approach was very simple: Every day I just need to talk to five people. I don’t care who they are as long as I can get connections and then those five people will introduce me to another five people,” she said.
Van’s search eventually led her to Germany, then-host to the world’s largest voice recognition technology conference, after a technical professor advised her “if you don’t find anybody there, then you might as well shut the company down.” 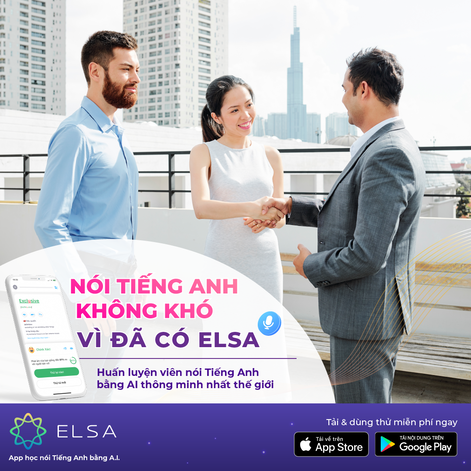 A meeting of minds
​There, among a gathering of 3,000 experts, Van met Xavier Anguera, a top scientist who, as she put it, “had been in research for way too long and was itching for that impact.”
Within weeks, he’d agreed to join her, temporarily leaving his family in Portugal and relocating to Van’s “tiny” San Francisco apartment to stress test the partnership and build out their idea.

"We said if we don’t kill each other by the end of the three months then I think we might be okay. " ​Vu Van, CO-FOUNDER AND CEO, ELSA

​It was a process that would require total honesty, with “all the toughest conversations being had early on,” such as agreeing on salaries and equity splits, acknowledged Van, who had collated a checklist of questions to ask with the help of her fellow founder friends.
“We said if we don’t kill each other by the end of the three months then I think we might be okay,” she recalled. 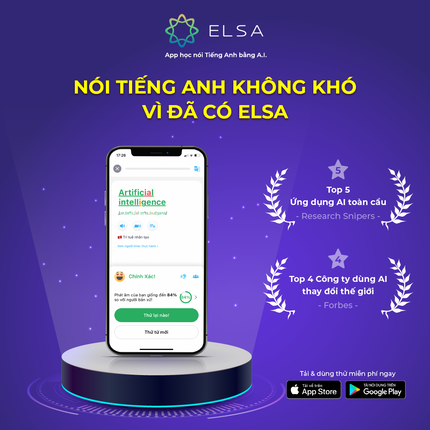 Winning Google’s backing
​
“ELSA was one of our first investments in Vietnam where we were very inspired by Vu and Xavier’s conviction in solving a real problem for over 1.5 billion English learners,” Monk’s Hill Ventures’ co-founder and managing partner Peng T. Ong told CNBC Make It via email.
That vote of confidence was bolstered in 2019, when backing from Google’s AI-focused Gradient Ventures took total funding raised to more than $12 million and granted ELSA access to Google’s team of technical staff to help build out its backend infrastructure.
ĐĂNG KÝ MUA (Khách hàng cá nhân)
TYVY là đối tác chính thức của ELSA.​