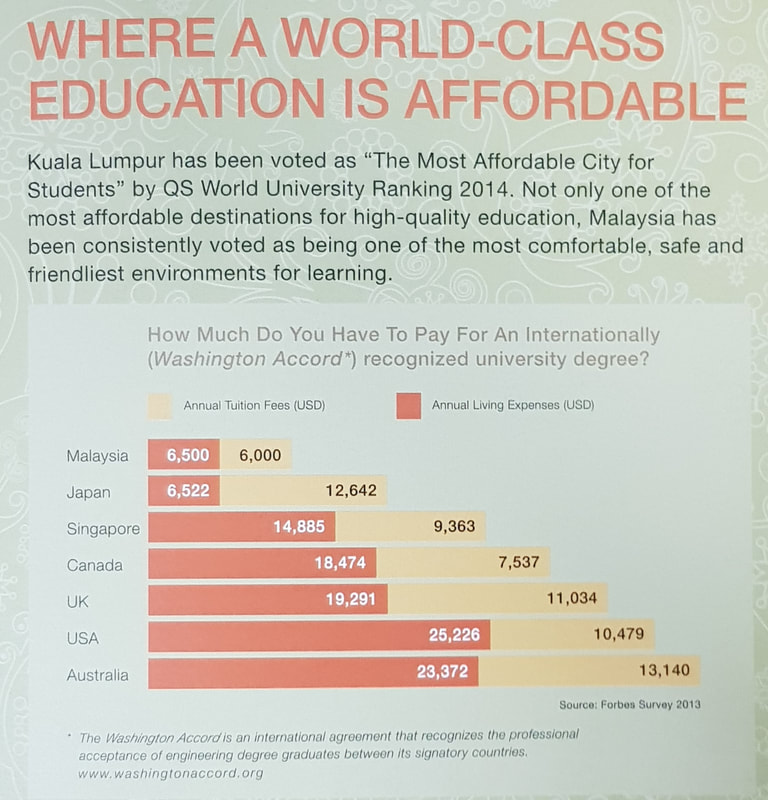 Public Institutions
​Public institutions are government-funded higher education institutions under the purview of the Ministry of Education Malaysia. They can generally be divided into three major categories as follows:
Private Universities
There are currently 41 private universities you can choose from that offer programmes at every level of studies, comparable to their public counterparts. Compared to university colleges and colleges, universities often have bigger campus and student facilities, conduct extensive postgraduate research programmes, and award degrees in their own names.
University Colleges
Compared to universities, university colleges usually have smaller-sized campuses and lower student numbers. Private university colleges usually run programmes at all levels, although they usually have fewer faculties and have a stronger focus on undergraduate programmes compared to postgraduate ones. Students who choose to obtain a degree awarded by a reputable foreign university usually have the flexibility to spend their time either fully in Malaysia or spend a year abroad at the awarding university’s home campus.
Accredited Training
CentresAccredited skills training centres are institutions registered under the Department of Skills Development that run training courses to equip students with specialised technical and vocational skills. Accredited by the Malaysian government, such courses provide pathways that enable students to gain internationally-recognised qualifications, such as by City and Guilds (UK), Confederation of Tourism, Hotel and Catering Management (UK), LCCI (UK), TAFE (Australia), and other international and professional bodies
International Branch Campuses
Get the best of international education in Malaysia by enrolling at the Malaysian branch campus of a foreign university! Malaysia took a step forward in internationalisation of higher education by opening its doors for reputable foreign universities to set up their campuses in Malaysia. Currently there are 10 foreign branch campuses that originate from Australia, United Kingdom, Ireland and China. These universities – some of which are in the top 100 of QS World University Rankings – offer programmes identical in structure and content to those at their home campuses. Enrolling at a foreign branch campus in Malaysia is good value for money where despite saving up to 40% on tuition fees and living costs, you will still get the same qualification as those studying at the home campus abroad.
10 International Branch Campuses in Malaysia:
College
Colleges in Malaysia are usually privately-owned institutions that do not have their own degree-awarding power. Even so, they are usually allowed to award qualifications from other institutions, including via twinning programmes with reputable foreign universities from the UK, Australia and USA. Some colleges also offer qualifications from professional bodies such as CLP, ACCA, ICAEW, CAT, and GCE A-Levels. Whilst the campus size and student numbers might be smaller, colleges usually come with excellent facilities comparable to that of universities and university colleges. Just like universities, colleges can only offer programmes accredited by the Malaysian Qualifications Agency.